This is a health paradigm made simple. There is only one disease, two causes of disease, and ONE CURE. This concept will change the way doctors and patients will look at health. Imagine if there was a machine that could cure everything and anything? It now exists. This machine is called the human body; a body made of a trillion cells and that, when working in harmony, has the ability to cure and heal anything.

The average American remains stuck in the archaic germ theory. Yet I was not brought up with a fear of germs. Now wherever you go people are scared to even shake hands. Most of the people in the world today worry daily about their bodies being invaded by germs and microorganisms. Yes, disease is all around us, but we beat disease by maintaining healthy bodies, healthy cells. Sounds simple—healthy people don’t get sick. We need to focus on building and maintaining the overall health and function of our cells. Disease is not a random event; it is an accumulation of bad habits. The good news is we can choose to prevent it, provided that we know how. Health is determined by what we, as individuals, are willing to do for ourselves; it is our responsibility.

Health is not a game of chance; health is a choice. Whether we realize it or not, the daily choices we make have a direct impact on the health of our cells. When we make the wrong choices our health takes a turn for the worse. The problem is compounded when we blame our genetics, our age, our environment, rather than accepting responsibility for the way we eat, exercise, and live our lives. In truth, the only way to heal any disease is to improve and optimize our cells’ function by correcting cellular malfunction, the common denominator of all disease.

The human body has the ability to repair any damage that is not extensively injured beyond restoration. It all begins with the cell—cell health and cell rejuvenation. Heal the cell and you heal yourself. Preserve the cell and you preserve yourself. To be healthy each day, old cells must be replaced with new ones, and each must continue to perform all of its specified functions.

Our bodies consist of 50 to 100 trillion cells. Of which 4 to 5 trillion cells die each day, and they are regularly replaced, so our goal is to replace bad cells with good ones. Your body is capable of repairing itself with amazing capacity. It is not the doctor who is healing you. It is the human body systems that are capable of healing you. The creator designed you for living well.

You inhale 6 liters of air per minute or 8,640 liters a day through the lungs. You breathe 28,800 times a day. Breathing is a vital process by which you take oxygen into the blood. After being on a ventilator, I know firsthand how important the lungs are. Like the rest of your body, they continually work, even while you sleep. The more you think about your body, the more you must realize how perfect it is.

You are a marvelous creation by the creator. All the discoveries made by the man are created as a thought in our brain. Our thoughts transform into reality. Your brain is more than a super computer. You have an amazing capacity to fight the disease and rejuvenate the body. Whatever you are searching for elsewhere is within you. By looking elsewhere for health, you have distanced yourself from the body’s own healing power. You cannot be ignorant of the power within you. Science has proved that it is not genes or DNA but your beliefs that are responsible for your behavior and destiny. As we continue to read on, we will discover this innate capacity, explore and experience it.

With rare exceptions, your cells contain the perfect instructions for all manner of self-healing; it happens automatically. All that is needed is that we intelligently cooperate when our body calls for rest, meditation, or healthy foods so that it can accomplish its tasks without interference. This means stepping out of the way and conserving energy so that our fullest energy potential is available for the healing work.

Our innate body intelligence knows best—it trumps our own meddling mind and our futile tinkerings every time! To be healthy you must trust your body’s wisdom—let it do its work and your “healing miracle” will take place in its own time. Healing can be fast or slow depending on you and your lifestyle; however, we must be patient to accept that the body is always doing its best and knows what it is doing.

So today I bring you good news based on scientific research. It is proven, a scientific fact that Chiropractic care enhances your immunity. I can assure I am getting weekly treatments and rendering them to my family. I am offering no cures, just a means of prevention by enhancing your immunity.

One of the most important studies was performed by Dr. Ronald Pero, Ph.D., chief of cancer prevention research at New York’s Preventive Medicine Institute and professor medicine at New York University.  It showed the positive effect that chiropractic care can have on the immune system and general health.

“When applied in a clinical framework, I have never seen a group other than this chiropractic group to experience a 200% increase over the normal patients.  This is why it is so dramatically important.  We have never seen such a positive improvement in a group.”

Another study from Patricia Brennan, PH.D., leading a team of researchers, conducted a study that found improved immune response in her test subjects following chiropractic treatment.  The study specifically demonstrated the “phagocytic respiratory burst of polymorphonuclear neutrophils (PMN) and monocytes were enhanced in adults that had been adjusted by chiropractors.”

This is also huge news as COVD-19, affects your respiratory system.

In the years since, studies are finding that chiropractic care is a way to improve immunity. One study, from the National College of Chiropractic in Lombard, Illinois, found that disease-fighting white blood cell counts were higher just 15 minutes after chiropractic manipulation was applied to the back. A similar study investigated the immune system response in HIV-positive patients under chiropractic care. After six months of treating spinal misalignment, the group receiving the chiropractic treatment showed a 48 percent increase in white blood cell counts. Conversely, the group that did not receive chiropractic manipulation experienced a 7.96 percent decrease in immunity cells.

The Results of Chiropractic During the Flu Pandemic of 1918:

[1] In Davenport, Iowa, 50 medical doctors treated 4,953 cases, with 274 deaths.  In the same city, 150 chiropractors including students and faculty of the Palmer School of Chiropractic treated 1,635 cases with only one death.

We may not be able to completely prevent illness, but there are certainly ways you may lessen the severity or duration of your time under the weather or in pain. And that’s something anyone can be happy with, right?

Spinal adjustments have been shown to boost immune function because they serve to correct the spinal misalignments that cause neural dysfunction. Neural dysfunction stresses a body out, which may lead to a weakened immune system and lowered response to a foreign body, such as the CoronaVirus . Organs that have a strong relationship with the immune system, such as the lymph nodes and the spleen, communicate with your brain and nerves, and if your nervous system isn’t functioning at an optimal level, a communication breakdown may occur. Getting regular  hiropractic adjustments is a great place to start so you can get any spinal misalignment you may have corrected. Even one adjustment can bring about an immediate immune boost. A chiropractic adjustment isn’t the only way to increase your immune function.

The following methods should also be used in conjunction with regular chiropractic care.

First, get more sleep! Many patients are sleep-deprived individuals, but you don’t have to be one of them. Sleep helps your body to reset and recharge, and keeps your system firing and protecting in the way that it should. Next, arm yourself with vitamins,  I like my four ACES, A,C,E, & Selenium along with  vitamin D . It helps to get your vitamins from natural sources. Example, vitamin C from eating the fresh produce that contains it and getting vitamin D from the sun.

Regular exercise is also important when it comes to immune health because it serves to improve blood circulation & cellular health, which will then boost the release of immune system substances into your body.

Through listening to your body, providing your cells with what it needs, and receiving regular adjustments, you may find yourself better fighting immune system illnesses better than before! 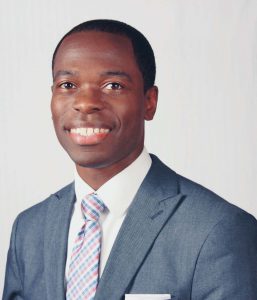